Sony channel GEM is to air the hotly anticipated TV drama Kiss that Kills, starring Japanese actor Kento Yamazaki on 7 January 2018, at the same time as it premieres in Japan. 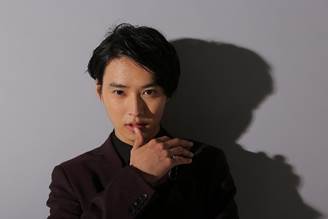 Kento Yamazaki (pictured) plays the role of Otaro, a nightclub host, whose twin passions are money and power. Otaro dies after being kissed by a mysterious woman but quickly comes back to life. The drama follows Otaro as he tries to unravel the mystery behind the deadly kiss and the time loop.

“GEM has established its foothold as the top regional destination for extraordinary North Asian entertainment. Kiss that Kills is a testament to our ongoing commitment to consistently bring fans premium quality and highly creative content that captures their imaginations. Fans of Kento Yamazaki can expect his most breathtaking performance yet, and it’s one that is rich in mystery, drama and intrigue,” said Virginia Lim, senior vice president and head of content, production and marketing, Sony Pictures Television Networks, Asia.

GEM will also offer fans from around the region the opportunity to win an all-expenses paid trip to Hong Kong to meet Kento Yamazaki in January 2018. The meeting will be streamed live on Facebook.

Yamazaki said: “I have never been to Hong Kong before, so I am extremely excited to visit to promote this drama. The interesting part of the drama is its recurring time loop and as I have always enjoyed watching dramas like this, I am very excited to be involved in one. There are also parallel worlds, so I really feel like it is a story that is going to appeal to people in all sorts of ways.”

Lim added: “The GEM experience is all about bringing content beyond the screen and into the real world to create ‘money-can’t-buy’ experiences for our fans. This exclusive event featuring Kento will mark the first time in Asia that GEM subscribers will have the opportunity to spend time with their favourite actor – it will be a dream fulfilled for many.”

Fans can also watch Kento on GEM this December with the premieres of Baseball Brainiacs on 13 December and Sea Side Blue on 30 December.