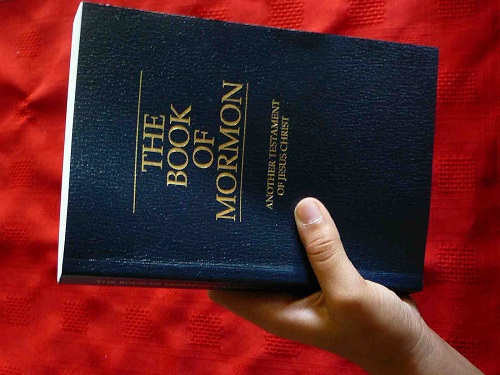 Arguments over whether Mormonism is to be considered as Christianity is a controversial and very questionable issue. Even though the two share a number of similarities, most Protestants as well as Catholics don’t want to acknowledge Mormons to be Christians. Nonetheless, religious experts tend to compare Mormons with Christians. This is because Mormonism became known in a Christian context and Mormons consider themselves to be Christians.

A “Mormon” is a nickname referring to The Church of Jesus Christ of Latter-Day Saints. They believe in a God of love, who has all knowledge and power, and testify of Jesus Christ as the Savior of the World. Mormons represent the fourth largest religious denomination in the United States, while Catholicism is the oldest Church founded by Jesus. It is under the authority of Bishops, Patriarchs, and the Pope.

One of the many differences between the two is in their perspective towards the Holy Trinity. Mormons believe that the Father, the Son, and the Holy Spirit are three different entities who are “one in mission”. Their doctrine about Trinity is that the teaching of the New Testament holds that there is a Father, a Son, and a Holy Spirit; three dissimilar beings. This is not the case in the Catholic belief, wherein the Father, Son, and the Holy Spirit are three individuals in one substance.

The second difference pertains to the religions’ perception of God; for Mormons, God has a physical body and He is the Heavenly Father. This belief is based on many biblical passages such as when Stephen saw Jesus standing at the hand of God or when Moses spoke to God “face to face”. He is referred to as the “Heavenly Father” for “he is the Father of our spirits.” Catholics, on the other hand believe that God is Trinitarian and doesn’t have a body. There is only one God who is a pure spirit, the creator of the world, holy and good, all-powerful, and worthy of mankind’s worship and love.

Another difference is in how they define hell. According to Mormons, hell is an unpleasant spirit prison that is to be entered only by the most obstinately wicked. Do wicked things, be like Satan, and you’ll end up in hell. Conversely, Catholics believe hell to be a place or a state of being of eternal torment and distance from God. It is the non-believers and absence of God in oneself that defines hell.

The two religions’ beliefs in afterlife are also dissimilar. Mormons believe that when they die, everyone goes to the spirit world and undergoes preparation; good souls in the spirit paradise, and the wicked in the spirit prison, and upon resurrection, reunite with the body. They believe in a second chance after death. Catholics believe that we don’t have an afterlife; souls either go to Hell or the Kingdom of God. Many devotees’ souls, as they believe, will undergo purification in Purgatory before entering Heaven. But despite these differences, both religions believe in the resurrection of Christ and in the Holy Bible.

As we can see, Mormons and Catholics are not that different from one another. The disparities are mainly in the way they interpret the scriptures and sacred texts.

1. The Holy Trinity for Mormons is three distinct beings with one purpose. For Catholics, it is three persons in one substance.
2. For Mormons, God is a Heavenly Father with a physical body, while Catholics believe that He is a Trinitarian God who does not have a body.
3. According to Mormons, hell is a spirit prison for the wicked souls. The absence of God in a person is how Catholics define Hell.
4. As opposed to Catholics, Mormons believe in afterlife, resurrection, and second chances.