Islam is the second largest belief in the world. Second only to Christianity, Islam claims approximately one to one-and-a-half billion followers.

In the seventh century A.D., the prophet Muhammad claimed that God (Allah) revealed to him through the angel Gabriel, the words of Islam.

The name of Islam, means 'to submit' to Allah's will.

The book of Islam is called the Qur'an.

Among the many differences between Christianity and Islam, is found in the respective attitudes demonstrated toward criticisms. Where Christians are taught to be tolerant and respect the ideas and criticisms of others, Muslims take criticisms of Islam as disrespectful and they can be extremely intolerant even to the point of violence towards any who criticize them.

Islam was founded by an Arabian named Muhammad who lived between 570 and 632 A.D. Born in Mecca he claimed to have received divine revelations from God through Gabriel in 610 A.D. These revelations were told to others who wrote them down in the book called Qur'an. Muhammad was illiterate and could neither read nor write. The writers of the Qur'an are never identified.

There are two principle views in Islam. First there is the view of the Sunni's and second the view of the Shi'ites. The Sunni view is by far the more dominant view, approximately 90%. There are also Muslim mystics called Sufis, and more recently an American movement called Black Muslims.

First, Allah is the one true God.
Second, Angels exist.
Third, the Qur'an was the last and final book of a long series of books revealed by God (including the Old and New Testaments).
Fourth, God sent 124,000 prophets to mankind. The six principle prophets are Adam (the chosen of Allah), Noah (the preacher of Allah), Abraham (the friend of Allah), Moses (the speaker of Allah), Jesus (the word of Allah), and Muhammad (the apostle of Allah). Muhammad is considered the greatest of all the prophets.
Fifth, Islam teaches in predestination, and that everything that happens, both good and evil, is the will of Allah.
Sixth, there will be a day of judgment. In that day, all of the deeds of men will be placed on a scale. Those who have sufficient personal merit will go into heaven and those who do not will go into eternal hell.

Islam calls for five fundamental practices, and then a sixth which has evolved over the centuries.
First, reciting the creed of Islam, 'There is no God but Allah and Muhammad is his prophet.'
Second, to pray five times daily in certain prescribed postures.
Third, to observe a month of fasting called Ramadan.
Fourth, to give alms to the poor.
Fifth, to make a pilgrimage to Mecca, at least once in their lifetime.
Sixth, to obey the call to jihad. Though not one of the five pillars, this call to religious duty evolved over the centuries. This is the one that gets abused by the extremists in that they will use it as their basis for doing anything they want, including crimes of violence. Its premise can be viewed as either a struggle over internal belief (spiritual), or external struggle (the defense of Islam). Over the centuries, the most applied use of this principle is through warfare to justify war as having spiritual significance, in ridding the world of unbelief.

Now these are the basics of Islam. The problem arises in that Islam states that the Bible is its fundamental initial source document, and that therein causes many flaws in Islam to come to the surface.

And this is the paradox for Muslims. Since the Qur'an claims authorship of the Bible, then any criticism of the Bible is in effect a criticism of Allah, claiming that Allah is the source of their criticism. So they cannot criticize the Bible without violating their own beliefs.

However, no one can simply come along in history and claim that earlier writings belong to them. For those folks we generally have padded rooms and medications ready for them. Or, they are simply shysters trying to separate you from your money and/or loyalties.

There are many distortions and differences between the Qur'an which was not written until after the seventh century A.D., and the Bible which was written first and long before the Quran was ever introduced into history.

Qur'an Sura 5:116 states that the Trinity is the Father, Mother (Mary), and Son, and that this is derogatory toward Allah.

Of course these are never recorded in the Bible, which Islam claims is the foundation of the Qur'an.
Jesus claimed to be God, in the Bible, and was thus indicted for His crucifixion, however, Islam claims that Jesus claimed otherwise. Thus a contradiction between the two. Note again, quickly that the gospels were written 600 years before the Qur'an.


Continue to next page... 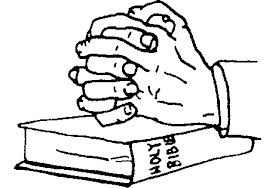 Study to show thyself approved (mature) unto God, a workman that needs not to be ashamed, rightly dividing (studying/discerning), the Word of truth.

If You Wish To Support This Bible Study,
Please Make Your Donation Here