Laterite is a reddish weathering product of basalt. At least this is what it is in India where this rock or a soil type was first defined by a Scottish scientist Francis Buchanan-Hamilton in 1807. However, not all laterites are enriched in iron and sometimes they are not even reddish. Some lateritic rocks (bauxite) are mined because of their high aluminum content. Iron-rich variety is mostly used as a construction stone, especially in Asia. 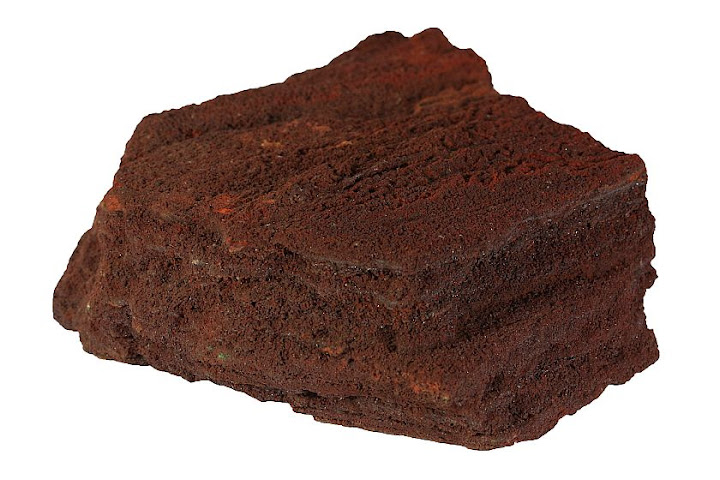 A sample from India. Laterite is very common in India due to climatic reasons. Width of sample 9 cm. TUG 1608-1947. 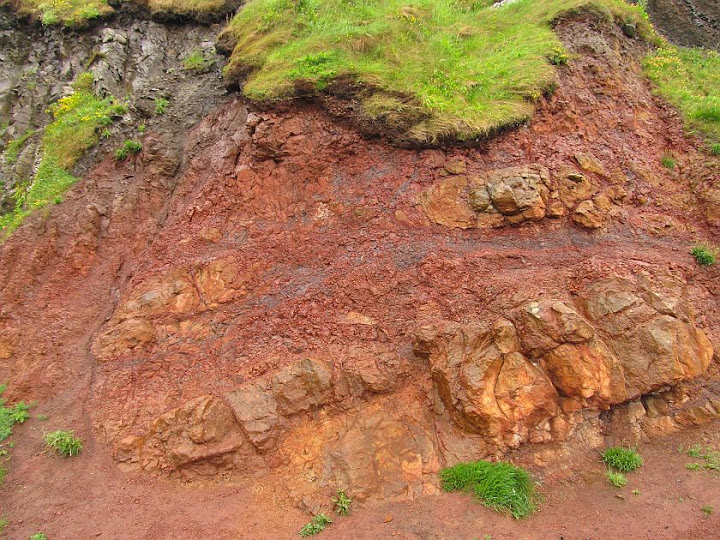 An outcrop of laterite in Northern Ireland near the Giant’s Causeway.

Laterite is a residual material. This is what is left of common silicate rocks if we remove much of silica, alkali, and alkaline earth metals. It is mostly composed of iron, aluminum, titanium, and manganese oxides because these are the least soluble components of the rocks undergoing a type of chemical weathering known as laterization or lateritization. Iron-rich variety consists of hematite and goethite. These minerals give reddish color to the soil/rock and sometimes such deposits are mined for their iron and nickel content (in Cuba and New Caledonia). Aluminous laterite (bauxite) is mostly composed of aluminum hydroxides gibbsite, diaspore, and boehmite. Not all bauxites are laterites, though. Some bauxite deposits are associated with limestones and karst phenomena. Lateritic bauxite is a weathering product of aluminous silicate rocks (granite and similar).

Laterite is foremostly a type of earthy soil, but it hardens into solid rock in air and is therefore suitable as a construction material. Lateritic soil almost lacks fertility and is generally not suitable for agriculture.

Certain conditions are needed for the laterite deposits to form. Modern examples are found in climatic regions which are characterized by warm air temperature, abundant rainfall, and dry periods. Lateritic soils are common in savannas, but not in the rainforests and jungles (where clay is dominant in soil) which lack dry period. Modern deposits are also unknown in temperate regions where weathering largely means the formation of clay minerals instead of lateritic soils. 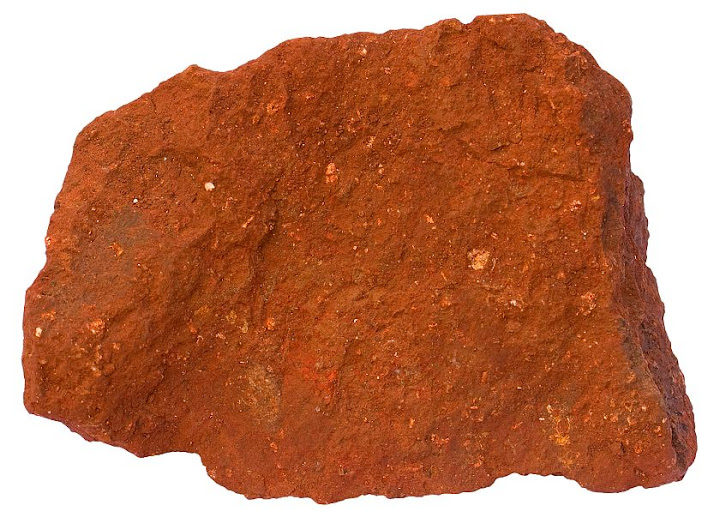 A close-up of a lateritic sample from Northern Ireland. The width of the sample is 8 cm. 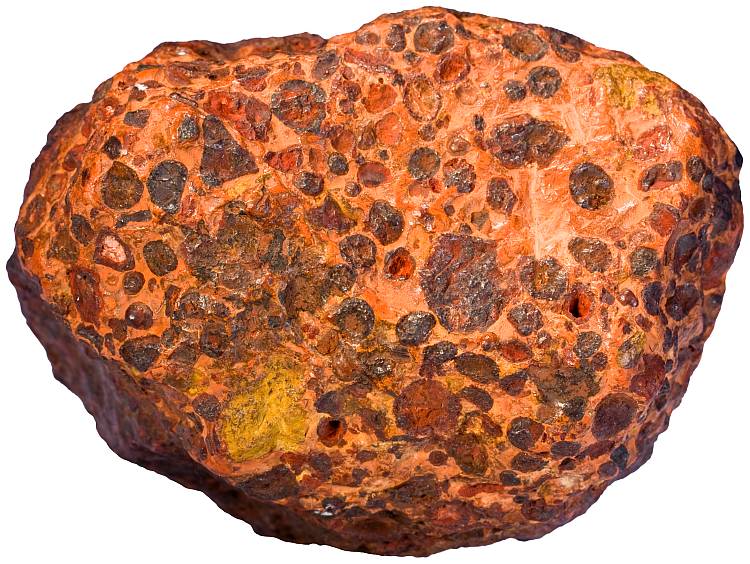 Bauxite is an aluminum-rich variety. Width of sample is 8 cm.