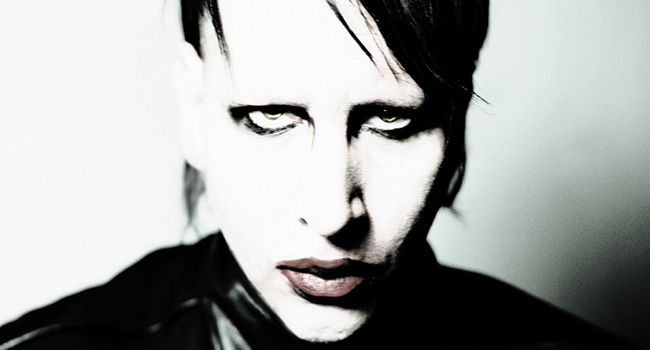 Marilyn Manson is a musician who leads the eponymous rock band. He is regarded as a controversial figure in the genre due to his past shocking antics on the stage and in real life, not to mention the lyrics of his songs that targeted religion and other controversial issues. Regardless, Manson has amassed a large number of fans worldwide with critically-acclaimed and chart-topping albums.

Let’s take a look at Marilyn Manson’s rise to fame and his whereabouts this 2016. 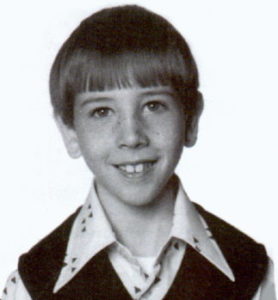 Brian Hugh Warner was born in Canton, Ohio, on January 05, 1969. His rebellious tendencies began to take root while he was attending a Christian school where lectures warned about the evils of rock and roll. He became inclined to go against what the school taught as he believed that people shouldn’t be prohibited to express their individuality. For his actions Manson was expelled and instead finished his secondary education in GlenOak High School.

Manson and his family relocated to Florida afterwards. He took a journalism degree at Broward College and, after graduating, became a staff writer for the lifestyle magazine 25th Parallel. At the same time Manson was setting up the foundation for his own band named Marilyn Manson & the Spooky Kids. The interviews he did with some well-known names in the music industry (for the articles Manson wrote) helped in establishing connections. Manson derived his name from the combination of Marilyn Monroe and notorious criminal Charles Manson.

The band began recording demo tapes in the early 90s which received much airplay thanks to the radio station WYNX-FM. Their efforts eventually paid off when Nine Inch Nails founder Trent Reznor agreed to sign the band to his record label Nothing Records. 1994 saw the release of the band’s first album Portrait of an American Family which did well commercially despite lukewarm critical reception. The band steadily gained both fans and notoriety due to their highly controversial stage antics.

Marilyn Manson is on Fire 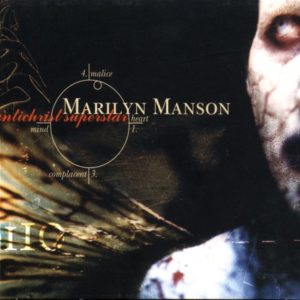 In 1996 the band’s second album Antichrist Superstar was released. It gathered numerous accolades, positive critical reception, and it also earned the ire of certain religious groups. It was supported by the Dead to the World Tour wherein Manson tore off some pages from the Bible plus other antics like self-mutilation. The flames of hate against the band were fanned even more by the spread of false rumors regarding rape and animal sacrifice that occurred on stage.

Manson attempted a different genre in his 1998 album Mechanical Animals by exchanging heavy metal with electronic and glam rock. For this album Manson took on the identity of a glam-rocker extraterrestrial named Omega much like David Bowie’s Ziggy Stardust. The reviews were favorable but many fans of the band’s earlier work were not very receptive of their foray in a different genre. Mechanical Animals initially suffered from low sales but later on it managed to become certified Platinum.

The band came back to their original tunes in 2000 with Holy Wood (In the Shadow of the Valley of Death). It served as the first part of a trilogy of albums with the previous two releases being the second and third parts respectively. The album was also Manson’s counterattack to the extensive finger-pointing he endured as being among the main influences of the Columbine shooting last year. Holy Wood took years before selling well, but the reviews were at least generally positive. The slow initial sales were due to doubts on the band because of their previous album.

Throughout the 2000s Manson released three albums namely The Golden Age of Grotesque (2003), Eat Me, Drink Me (2007), and The High End of Low (2009). The three albums all received mixed critical reviews but with commendable commercial performance. In 2009 the band parted ways with Interscope Records, the record label they’ve been with since the first album along with Nothing, due to Manson’s claims of artistic censorship.

For their eighth studio album, Manson collaborated with actor-director Shia LaBeouf for the production of a short film titled Born Villain in 2011. LaBeouf also released Campaign, a coffee table book containing images he and his girlfriend Karolyn Pho took during a night out with Manson in Los Angeles. The band struck a deal with a record company in the United Kingdom named Cooking Vinyl and they were given full creative control. The album Born Villain hit the shelves the following year, hitting the top spot of many charts worldwide and satisfying the ears of many critics.

In 2015 Manson released The Pale Emperor where the band mixed alternative and blues rock along with their usual hard rock and gothic metal. Manson dedicated this album in memory of his mother Barbara Warner who passed away in 2014. The album was welcomed by critics with positive marks and has been included in numerous “best album” lists during that year.

Aside from his career in music, Manson has also made appearances in numerous films and television shows. His debut was in the 1997 thriller Lost Highway, followed by Jawbreaker, Party Monster, and The Heart is Deceitful Above All Things.

His debut in TV was in the 2010 comedy series Tim and Eric Awesome Show, Great Job! and later on in Californicaton, Eastbound & Down, Once Upon a Time, and Sons of Anarchy. 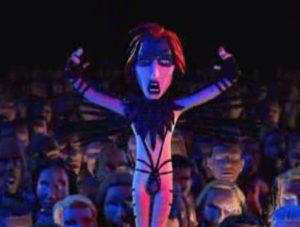 Manson provided the voice of his character in the claymation show Celebrity Deathmatch where he was pit against Charles Manson, Ricky Martin, and in a team match with pop band Hanson versus the Spice Girls. Manson penned the single “Astonishing Panorama of the Endtimes” as per request by MTV which was then included in the show’s official soundtrack and even earned a “Best Metal Performance” nomination in the 2001 Grammy Awards.

In 2004 Manson ventured into the realm of directing with a planned horror film titled Phantasmagoria: The Visions of Lewis Carroll. Manson is also set to star as the lead character Lewis Carroll. So far the script and design were both completed with a distributor to boot, but production has not yet started. There have been reports of the production being postponed but Manson himself posted an updated on his Facebook profile stating that work has already begun. However in a Reddit AMA (Ask Me Anything) thread, Manson stated that he didn’t want to push through with the film anymore as it was damaging his psyche.

Let’s take a look on what Marilyn Manson is up to now this year.

Manson is currently on The Hell Not Hallelujah Tour in support of The Pale Emperor. The tour started in 2015 and will end this November 06 in Tokyo, Japan. 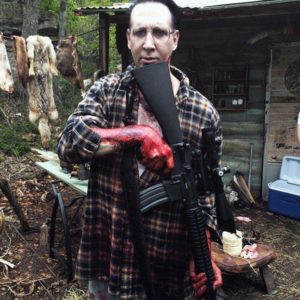 Manson starred in the revenge film Let Me Make You a Martyr which premiered at the Fantasia International Film Festival last July 22. He is also slated to appear in the third season of the supernatural series Salem which will air on November 02 as the character Thomas Dinley. The opening theme of the show “Cupid Carries a Gun” is a single from The Pale Emperor.

As for news regarding a new album, Manson is currently working on the band’s tenth titled SAY10. It will be released in February 2017 and might be under a different name as SAY10 is just a working title.

Manson was among the celebrities who appeared in the music video “Love Honey, Love Heartache” for the New York Fashion Week. He is also part of the lineup for the Maximus Festival held in San Paulo and Buenos Aires. On October 15 he will perform at Knotfest Mexico, and on November 04 you can catch him live on Yes24 Live Hall at Seoul, South Korea. 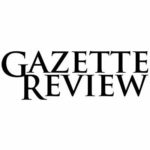 I write about anything and everything that catches my fancy, but mostly I try to provide the answers to the questions our readers ask every day. I'm also the guy who's always glued to an LCD screen of some sort.