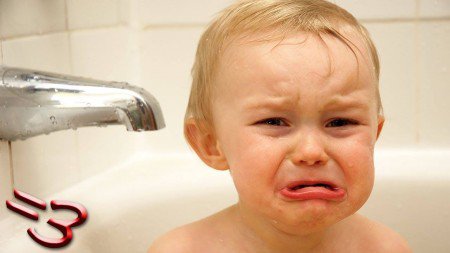 An infant is the purest thing in this world, wouldn’t you agree?  Still as yet untouched by the chemicals and environment of a world we are trying to quickly destroy, a newborn baby ought to be kept clear of those products and ingredients which may lead to harm in the body sometime later in life.  You would think everyone shares this sentiment.  After-all, most people go to great lengths in order to use clean blankets and towels for their newborn as well as washing hands before holding them, limiting number of hands contacting their skin in the first month at least, as well as other ‘protective guidelines.’  You would assume that a company who makes a ‘baby shampoo’ has the baby’s best interest in mind.  You would also assume that baby shampoo was free of toxic chemicals, I mean – who would formulate an infant shampoo using harmful substances?  Here we will look at just a few reasons why Johnson & Johnson baby shampoo is not for babies – at all.  In fact, why no one should use this toxic soup of ingredients for anything other than pest control.

For more than a century, Johnson & Johnson has promoted themselves as carrying ‘the gentlest baby shampoo’ on the market.  Their website states: “For more than a hundred years, new mothers have trusted JOHNSON’S® Baby products to provide the purest, gentlest and mildest care for their babies—from the first morning cuddle to the last bedtime kiss.”  Yes, mothers have trusted them, but have they valued that trust and really provided the safest, gentlest, mildest products possible for babies?

Let’s take a look at the ingredients.  After water, the first ingredient listed is called Cocamidopropyl Betaine, voted allergen of the year in 2004 by the American Contact Dermatitis Society.  An interesting way to start an infant formula meant to go on a brand new scalp, but okay, moving on.  Ingredient number three is PEG-80 Sorbitan Laurate – anyone have a clue what that is?  I didn’t know upon first glance, which is an immediate red flag for me. Upon looking it up, the first match I found was for the Environmental Working Group which lists this ingredient, on a scale of ‘over-all hazards’ as ‘moderate.’  Not mild, but moderate.  It also says there is strong evidence that this ingredient is a human skin allergen.

The next one on the list, Sodium Trideceth Sulfate.  Again, not sure what this is right off, so after looking it up I find this ingredient can also be a skin allergen and is used mainly in adult formulas.  Here’s a clincher – the ingredient 1,4-dioxane is a commonly used skin care ingredient that does not have to be listed because it is considered a contaminant produced during manufacturing, though it has been found in 57% of baby soaps according to The Campaign for Safe Cosmetics.  Is it in Johnson & Johnson baby shampoo, many believe so.  When this ingredient is combined with Quaternium-15, which is the ninth item listed on Johnson & Johnson baby shampoo, formaldehyde is produced.  Tetrasodium EDTA, which is listed just before Quaternium-15 is a preservative created from formaldehyde.  Why are we using formaldehyde on babies?

We can go on to finish the ingredient list with several reportedly harmless dyes, though not food-sourced.  So, why is Johnson & Johnson creating a baby shampoo that is not sensitive in the least for newborn babies when there are so many possible safe, gentle ingredients out there?  It appears that the ingredients of choice for the past 100 years gaining time-honored respect from mothers everywhere are really just toxins and toxic by-products of other toxic ingredients.  Yes, they make bubbles, and sure do smell good – or do they?  We have so long associated that ‘clean baby smell’ with the ingredients of said product, even though they in and of themselves are not so clean.

Today, you can go into nearly any good grocers and find pure castile soap, a genuinely clean option for soap, shampoo and over-all cleaner safe enough for anyone, including babies.  There is no need to go to all the trouble of combining toxic substances and coloring them with fake dye in order to please the mothers of the world.  In fact, mothers everywhere should be outraged at this shampoo which has been freely given to them over the years as the number one choice for baby soaps this century.  Something must change.  Johnson & Johnson baby shampoo is definitely not for babies, so why not make a healthier choice that is – and stop overloading our wee ones with unneeded burdens early on?